A Rising Star in the software outsourcing World

Less than twenty years ago, the internet barely existed in Vietnam. Now, as in most modern parts of the world, it’s becoming an integral part of life—especially for the country’s increasingly young and urban population.

The nation has advanced rapidly to be an ideal place for IT outsourcing, despite Vietnam’s short-lived relationship with the internet. In fact, Software outsourcing companies in Vietnam was recently ranked sixth in global software outsourcing according to consulting firm A.T. Kearney, a big leap from just a few years back.

This may come to many readers as a surprise, but it’s no accident that software outsourcing companies are booming in popularity in Vietnam. Many factors, both organic and intentional, contribute to the country’s growing strength in the IT industry.

Tech giants, including IBM, Intel, and Microsoft have established firm footholds in the country while countless small and medium businesses are constantly sprouting up in Vietnam’s increasingly bustling cities. Japanese companies, especially, have recognized Vietnam’s IT potential and have recently invested in 54 new IT projects representing a whopping 19.6 percent of foreign investment into the country, totalling in the billions of dollars.

These are just a few examples of a sector that is just beginning to shine, and is brimming with technical expertise. You can find experts in all the latest technologies and experts in all coding languages and frameworks — NodeJS, PHP, React Native, ReactJS, AngularJS, Python, Java, .NET core, IoT, devops, blockchain, and so on. Need mobile app development? There’s no shortage of talent in Vietnam. Whether you’re looking for product development in healthcare, e-commerce, or just about anything else, you’ll find it here.

From here, we’ll take a look at why software outsourcing companies in Vietnam is a good choice for IT outsourcing, and the factors that contribute to its place as a rising star in the IT industry.

The economy of Vietnam is growing at one of the world’s highest rates. Its annual GDP has more than doubled over the last ten years, lifting millions out of poverty. Roughly half of Vietnam’s population is under 30 and the country is rapidly urbanizing, especially in major cities like Hanoi, Ho Chi Minh City, and Danang. This means that not only is there a vast labor pool to draw from, but there’s also an overarching positive economic trend that lends itself to a modernizing and expanding economy.

Far from being the agrarian backwater it once was, Vietnam is fully entering the modern era. Its cities are undergoing a vast transformation into cosmopolitan and competitive economic centers with vibrant and diverse economies.

The pervasive tech-savvy youth fascinated with their new smartphone, tablet, or device can be seen as one of the strongest icons of the country’s transformation. The popularity of new software and technology is no less here than in any developed western country. For example, the Android or iOS battle rages here as it does everywhere. In fact, newcomers to the country would be stunned to see the similarities between the online habits of Vietnamese youth and the youth of most western countries.

A Young and Eager Workforce

There are some significant differences that set Vietnam apart from western countries, however — and from countries that many consider competitors in the world of outsourcing.

A recent study demonstrated some interesting findings among IT workers in Vietnam — especially those who plan to remain loyal to their company. The insight gained is valuable in helping understand the mentality of Vietnamese IT workers, and what makes them tick.

In general, businesses who manage their workers well should expect loyalty from them, as a steady salary is highly valued in Vietnam.

Certainly, Vietnam is still a developing nation, but it is doing so rapidly. Nonetheless, its GDP per capita is far less than half of regional competitor Thailand, for example: wages in Vietnam are low compared to the rest of the world.

However, Vietnam’s relatively low wages change drastically as one looks at the parity in purchasing power (PPP), basically GDD. Vietnam’s PPP per capita is roughly three times its GDP per capita, meaning that a dollar goes far further in this country than it would in many others. Spending any amount of time on the ground in the country would give a quick demonstration of how much this matters.

For those companies who are looking to outsource their labor, this is fantastic news. It means that a fully-qualified software programmer could be hired for as little as $12 per hour — a bargain for any western company looking to hire a programmer. It also leads to an attractive salary for any local IT worker in Vietnam: a win-win situation. Software development companies can take advantage of this situation and hire a without resorting to exploitative behavior by hiring a high-quality development team based in Vietnam.

There are plenty of these software programmers available. One of the key reasons behind this is that, over the past two decades, Vietnam has made leaps and bounds in its schooling, and the results are obvious. In the 2015-16 PISA (Program for International Student Assessment) survey, Vietnam ranked 21st out of all countries surveyed, on par with Australia and ahead of supposed educational behemoths like the USA, France, and Sweden. The test measures scores in mathematics, reading, and science, and has been used as a benchmark for education for more than twenty years.

In addition to Vietnam’s vast improvements in its educational system, there are more than a hundred thousand Vietnamese students who study abroad each year. This gives them not only access to some of the world’s top schools, but also exposes them to cultures other than their own. As anyone who has travelled or lived abroad knows, exposure to other cultures is crucial to working well with people from other countries.

However, to get a world-class education, Vietnamese students do not have to go out of the country. In 2016, in the city’s Hi-Tech Park, a full branch of Fulbright University was opened in Ho Chi Minh City, and Cornell University is advising VinGroup on the opening of a world-class university to be opened in Hanoi.

These come on top of already well-established RMIT (Royal Melbourne Institute of Technology) campuses in both cities, and represent milestones on the road to further educational development in the country.

A Government with Vision

Perhaps one of the biggest differences that sets Vietnam apart from both competitors and neighbours is its government. Although many still hold the view of the Vietnamese government as rigid and hardline socialist, that is now far from true. In fact, the government has a long-reaching view of continuing to transform Vietnam’s economy into a high-tech powerhouse. To wit, in 2012 the national government set a goal to have 45% of Vietnam’s GDP derived from the tech sector by 2020.

Whether or not that specific goal has been met, the point stands: the government is betting hard on the country’s tech sector, and is thus keen to favor it.

Outsourcing always comes with its potential challenges. However, those challenges may be more minor than they originally appear when closely inspected, especially when working with software development services — which generally host employees comfortable with a globalized mindset.

While it’s true that Vietnam is not as proficient in English as India, Malaysia, or the Philippines, it still ranks seventh in the Asia-Pacific English Proficiency Index.

This index, however, ranks the country as a whole—the tech sector is overall far more educated in language than the general population. Combined with the fact that English is the lingua franca of the internet and the tech sector in general, IT workers are constantly exposed to English and have a much higher command of English than the average citizen.

The cultural barrier between Vietnam and western countries is shrinking by the day, especially since so much of its youth is deeply involved in the internet from an early age. Although the Vietnam War is the first thing that many westerners think of when they imagine the country, most young Vietnamese see the war as a history lesson rather than as a memory. In fact, the country is open and welcoming to foreigners, and old and young alike generally express curiosity and interest when meeting a foreigner.

When it comes to working with an overseas team, making sure your teams understand and follow similar processes can really help. For example, if software developers are familiar with Agile methodology — as SmartDev’s are — they’ll be able to communicate their workflow well with any client that speaks the same lingo.

Vietnam is indeed far away from many western countries, especially when it comes to time zones. It’s at GMT+7—5 hours ahead of the UK and France, for example.

Companies who outsource, however, should be well aware of the potential challenges and benefits of working with time differences. If managed correctly, time differences can lead to greater efficiency as long as communications are well managed.

Vietnam’s role as a major player in the IT game is just beginning. With the strong foundations already laid, the country and its citizens can be expected to increase their presence in the global IT realm.

For now, companies looking for a bargain in IT outsourcing need look no further than Vietnam. It’s the perfect combination of price, ability, and flexibility. As it stands, there are numerous foreign-managed firms in Vietnam that can help you make informed decisions about your outsourcing needs.

SmartDev is one of the leading software outsourcing companies in Vietnam, and we’re proud to provide software solutions to companies of all sizes worldwide. Looking for a mobile application or web application development? Need help with UI design? Whatever you need help with, feel free to reach out to us for a consultation. Our software engineers are champing at the bit to get to work helping your company look its best. 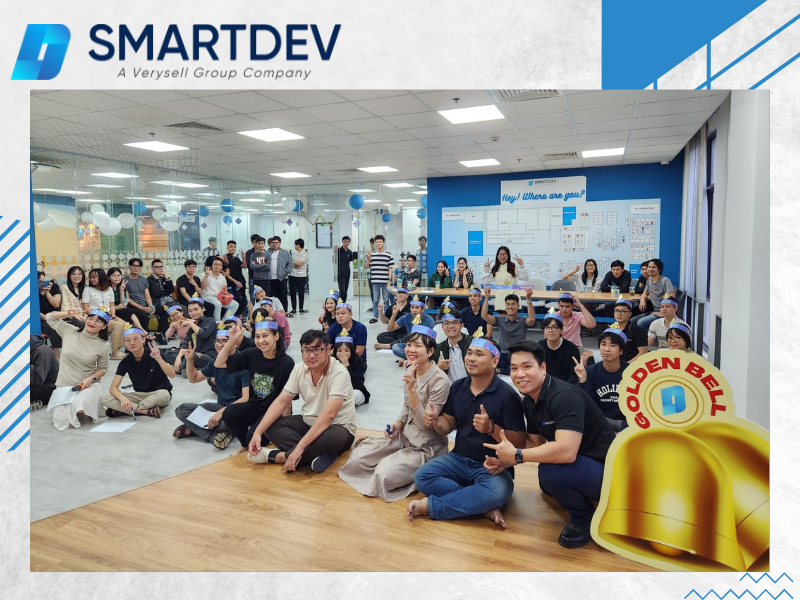 As the year draws to a close, we’re all eagerly anticipating the arrival of the year of the cat. Let’s take a moment(...) 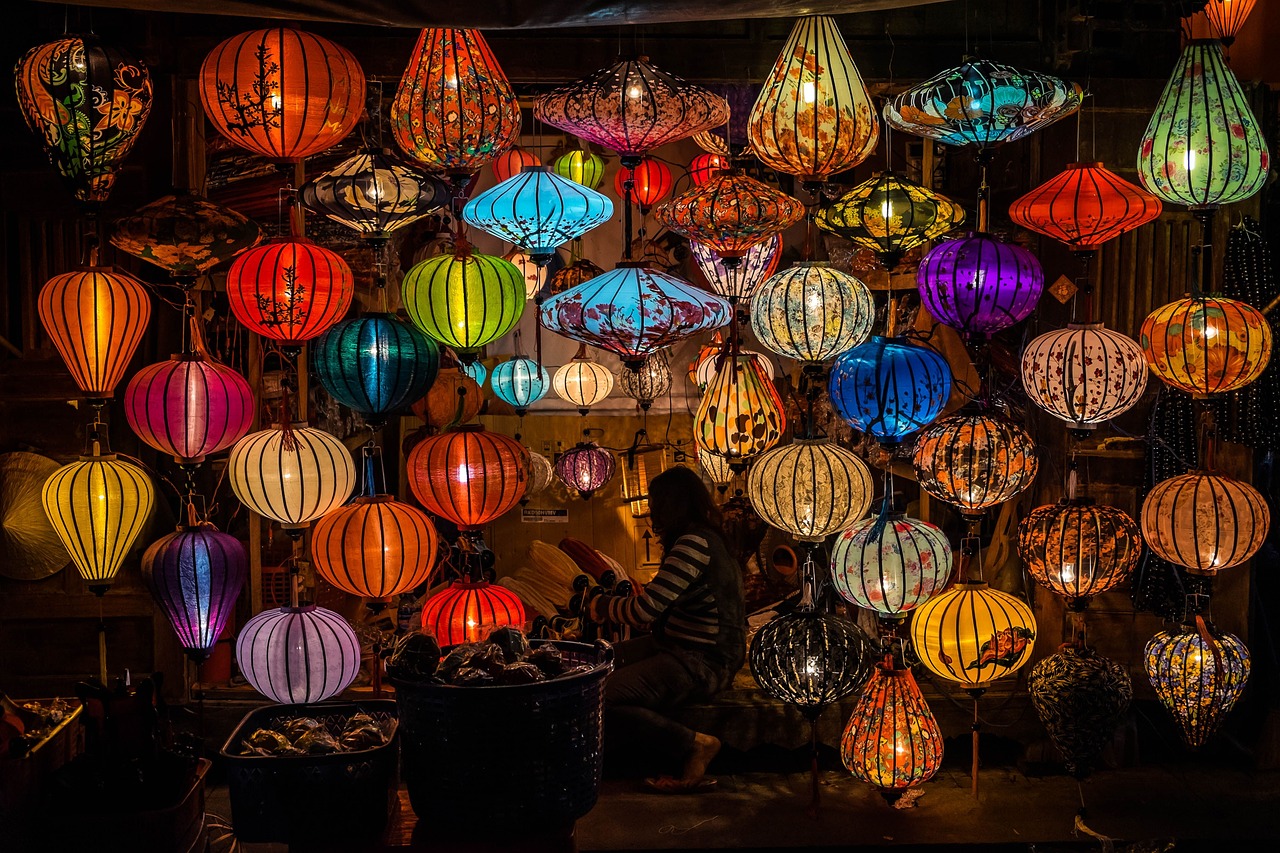 Software development has come a long way in Vietnam over the last decade. To expand, the country as a whole has been hos(...) 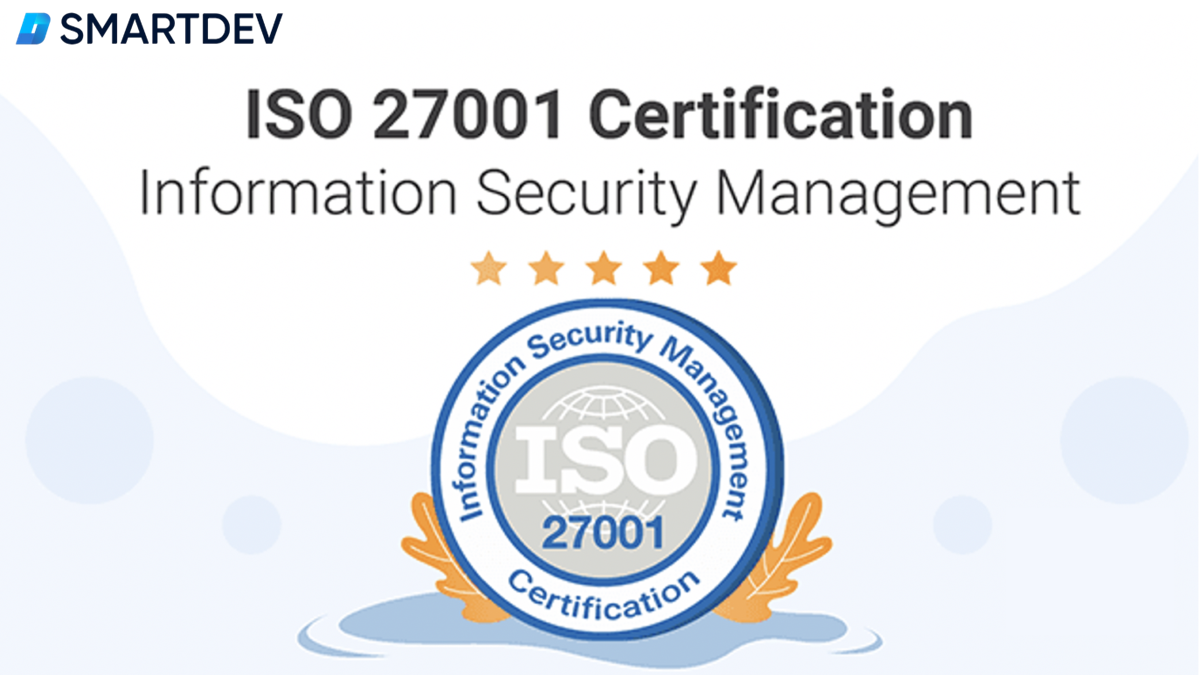 It’s the second decade of the 21st century, and information security is more vital than ever. The reason for this is s(...)