For those in the industry, on the other hand, the difference is crucial. Things have changed significantly over the past couple of decades, and what used to be true no longer is. Previously, software developers used to be held in higher esteem than web developers. That’s no longer the case.

These days, the main difference between a software developer and a web developer is simply a job title. The skill levels are often the same, as is the complexity and difficulty of the work.

In the past, software development and web development were two different skill sets, though they overlapped in some cases. Now, they overlap in many ways, including even the languages used.

We like it when everyone’s able to speak the same language and use the same terminology — it saves confusion, which saves everyone trouble in the long run. So, to help out any readers who may have been a bit unclear as just what these different types of development imply, we’ve made this handy blog post.

Hopefully, after reading this, you will be able to explain the differences to anyone who asks you to differentiate software development from web development, and sound like a well-informed member of digital society. You may be able to even bring them up to date.

So, follow along as we delve into the specifics of software development vs web development and shine light on the cracks that separate the two — as well as the bridges that link them. But first, let’s answer a simple question: Why does it matter? 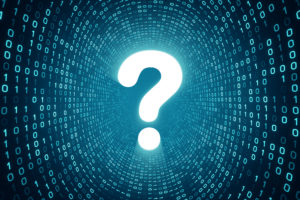 Got misconceptions about web development vs software development? You’re not alone.

So, an industry that used to look down their nose at web developers no longer does, as web development has matured into a full-fledged branch of computer science.

Both types of developer will have significant skills in code testing, bug fixing, object-oriented programming, continuous integration, and so on. A web developer is no longer just the kid you hire as a one-off to make you a web page. They’ve got to have serious chops to make it in the current environment.

Recall that, like any government apparatus, the BLS is a bit laggy in its estimations. Web development has caught up to software development in terms of both professional achievement and pay in many circumstances. So, take what they say with a grain of salt.

Let’s look more specifically at the hiring side, since it’s fairly obvious that a person should know what career they’re after. Understanding the parameters of the project will make it more clear what kind of developer you need.

Are you looking for a piece of software that a person will largely interact with via the web — for example, in-browser e-commerce software or a search function on a web page? If so, you’ll want to hire a web developer.

Speaking of specifics, it’s time we get down to them. We’ll start with web development. 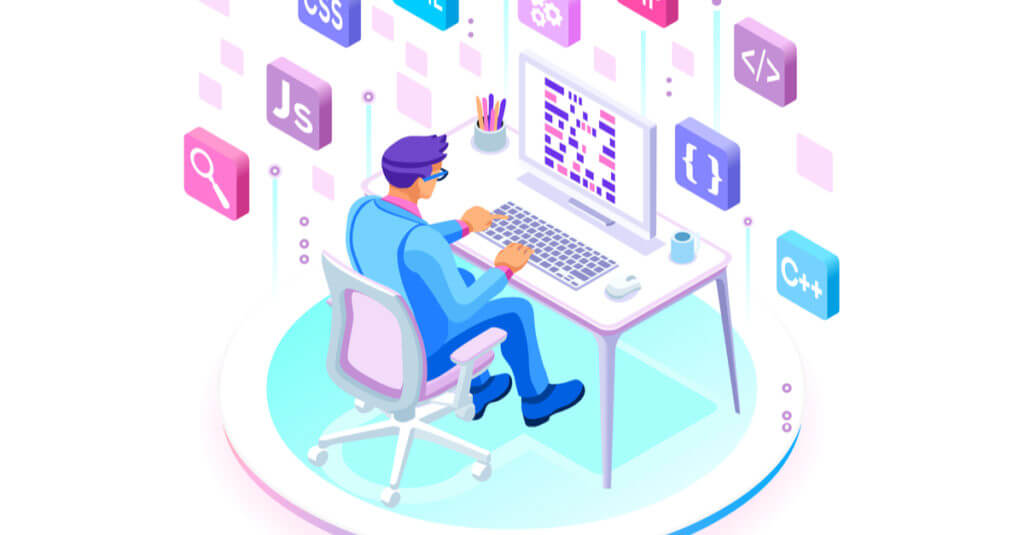 This cartoon man is hard at work developing software while floating in a strange netherworld of boxes.

Pretty much everything you see in your browser on whatever screen you’re looking on — your computer, tablet, or phone — was created by a web developer. Both the user interface — what you see — and the engine that fuels it, the back end, were lovingly crafted by web developers. Or perhaps grudgingly crafted, depending on their mood. Web developers are people, too.

Web developers can largely be separated into two types: front-end developers and back-end developers. A person who can do both is called a full-stack developer. The person who makes a page look pretty and stylized is the web designer. Web design falls under the broad umbrella of front-end work.

Simply put, back-end development is the work behind a website or web app that end users can’t see. This includes the server-side work that allows servers to communicate with databases and programs. Those three components — server, database, and application.

In the past, the work that resulted in an HTML page in front of you took place on the back end. Now, most of that rendering takes place on the front end instead, taking a load off of the server side, though isomorphic rendering offers a hybrid model in which the app is loaded off the server side the first time and on the client side from then on.

You can think of the back end like the engine and suspension in a car, whereas the steering wheel, gear shift, pedals, and dashboard are the front end. It doesn’t matter how nice your Ferrari looks if you have a lawnmower engine in it — it’ll run like a piece of junk.

The same principle applies to websites: A premium website will need to have robust, powerful back-end systems in place to help keep it running like it should.

That’s a broad overview, so let’s look at SmartDev in particular. There are a handful of programs we especially enjoy and find useful when it comes to the back end. These include:

There are additionally about a million and one programs to help manage databases, and what’s best largely depends on the nature of the data being collected. For example, structured query language (SQL) tools can help users manage data. This its own particular rabbit hole, and can (and does) easily fill numerous blog posts and books.

We could go on all day about back-end programs and tools, but we’ll leave it there for now. Let’s get to the front end.

Front-end development covers a fairly broad spectrum of work, but the basic concept is that it’s the part of a web application or website the end user will see. This includes all aspects of the client-facing part of a website, including user interface, user experience, website design, and any visible part of the site that doesn’t necessitate a database.

Many coding languages are used in both front- and back-end development. Generally, a front-end developer needs to be proficient in CSS, JavaScript, HTML, and quite a few other languages. They also need to be able to conduct tests to some degree to make sure the client side works like it’s intended to.

Some web application services that SmartDev provides, for example, include:

Those with a bit more of an artistic flair are often drawn to front-end development, since it often involves a fair degree of graphic design. Having an eye for aesthetic qualities can help propel a front-end developer’s career, especially if they intend to master all aspects of the front end. 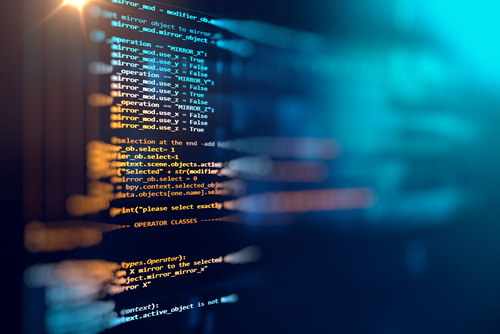 You get one point for every typo you find in this image.

A software engineer often follows a different career path than a web developer. Usually, they’ll have completed at least a bachelor’s degree in computer science or will have some other official accreditation in computer programming.

At least, that’s the old story. These days, web developers can be just as experienced and accredited as software developers, and the lines that separate them are becoming less distinct all the time.

As opposed to web developers, who work exclusively in the realm of the internet, software developers will create all kinds of computer programs, including desktop applications. Whereas many web developers have either part-time or remote gigs, software developers usually have full-time jobs at companies that tend towards the large side. They often have to work in teams, since creating many pieces of software takes a whole lot of work.

Take, for example, the team at Adobe. Photoshop is the work of many people, and they’re mostly software developers. The software engineering that goes into such a program is extremely complex and requires serious technical skills in very specific fields.

Microsoft is another classic example of a large company that employs thousands of software engineers. If you’re envisioning an enormous cubicle farm, you’re getting the right idea.

While there are who knows how many programming languages out there, some of the most important modern ones include Python, C++, Java, and Scala. For reference, the first major programming language was FORTRAN (formula translating system), built by IBM back in the 1950’s. We’ve come a long way since then.

Again, however, many skills that a software specialist would have translate to web development. There’s nothing stopping a person from being well versed in both desktop programs and web applications. This ain’t the same old game anymore.

You may have noticed we didn’t touch on mobile development — its own massive and rapidly growing sector.

That’s because it’s its own thing, really, though it broadly falls under the category of web development, and the type of person who does it is more similar to a web developer than a software developer. The differences between web app development and mobile app development deserve their own post, and they’ll likely get one somewhere in the near future.

So, really, if you need a piece of standalone software built, you’ll likely want someone who calls themselves a software developer.

If you need a website built, well — that one should be a no-brainer.

Whatever kind of development you’re looking for, we’d love to hear from you. Contact us here or drop us an email and we’ll see just how we can help. We’re pretty friendly — we promise. 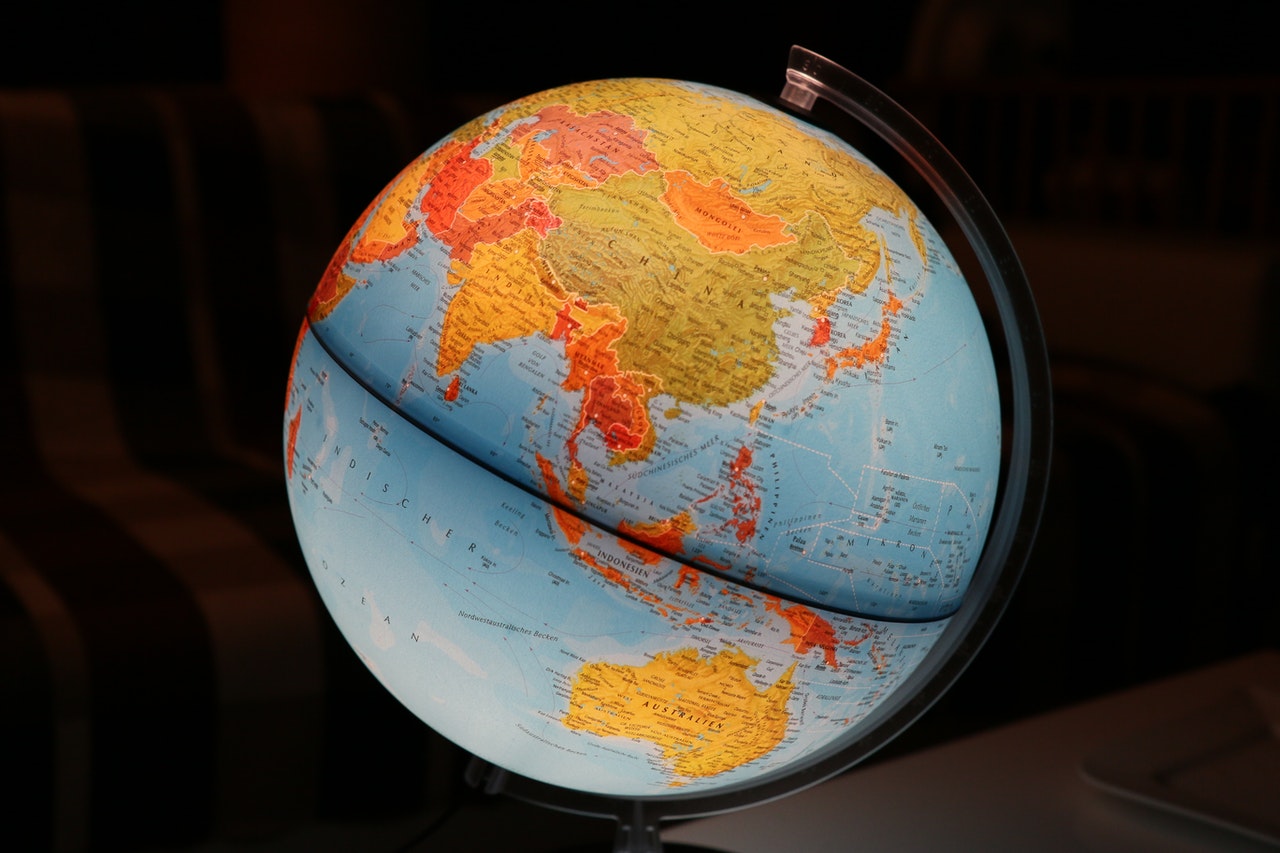 Key takeaways: Remote developer rates vary according to the cost of living and development levels in different countries(...) 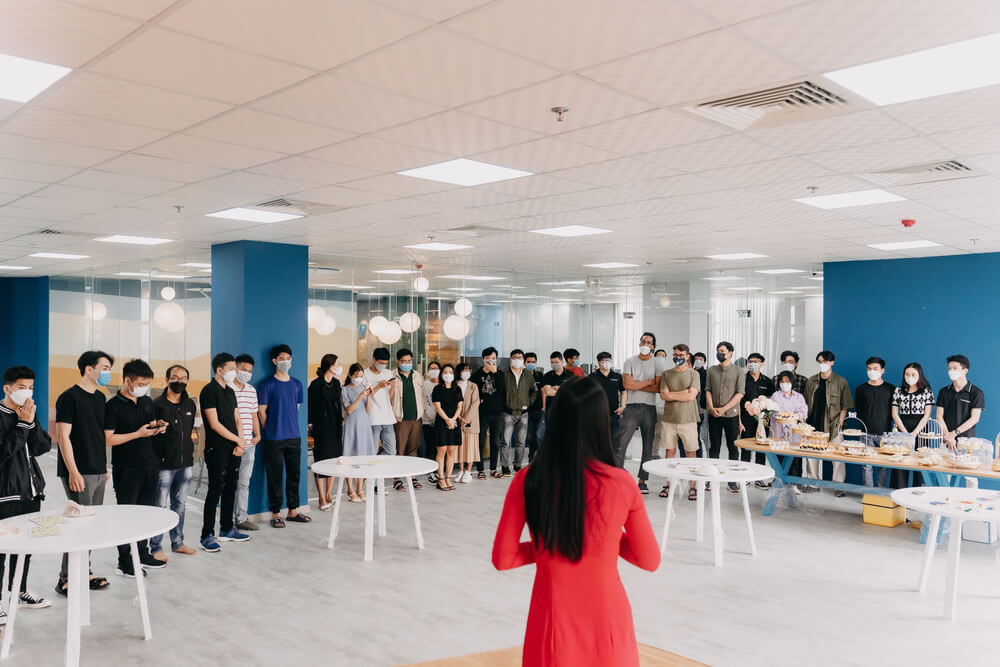 For pretty much any business in the world, the last couple of years have been tumultuous, to say the least. Broad-scale (...) 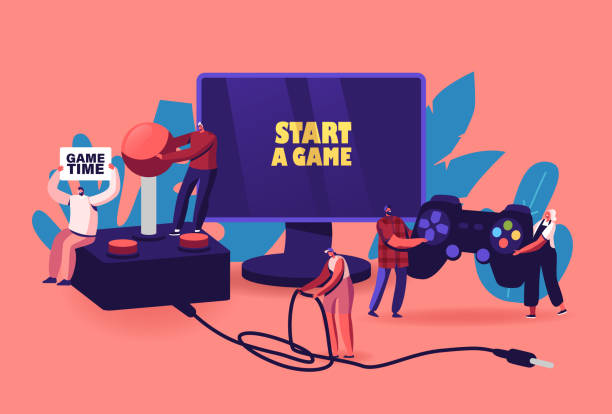 A new year often heralds new beginnings — or in many cases draws attention to incipient developments that deserve more(...)